Your cart is empty

We all know the little lift we get giving our pup a treat from our table, especially seeing how much they enjoy it. But some human foods can cause your dog serious harm. Here is a list of foods all dogs should avoid.

Xylitol is an artificial sweetener found in many sugar-free foods, including candy, gum, and even sugar-free peanut butter. Though this substance has been approved for humans, it is extremely toxic to dogs. It can cause a dangerous drop in your dog’s blood sugar levels in as little as 30 minutes, and cause total liver failure within a few days of consumption.

It seems the largest culprit reported to veterinarians is sugar-free chewing gum left in an easily accessible area, like an open purse on the floor or an easy to reach table top. Symptoms include lethargy, vomiting, weakness, problems with coordination or trouble standing or walking, seizures, coma, and eventually death. If you suspect your dog is suffering from xylitol poisoning, seek treatment from your vet immediately.

You should never under any circumstances give your dog alcohol. Dogs are more susceptible to the effects of intoxication than humans, and this can lead to alcohol poisoning.

These foods, in any form (powdered, dehydrated, raw, or cooked), are toxic for dogs. They contain a substance called thiosulfate which causes your dog’s red blood cells to burst, leading to anemia. Symptoms include breathlessness, lethargy, weakness, vomiting, and diarrhea. In extreme cases, a blood transfusion might be necessary.   Onions are found in many of the foods we eat, from pizza to baby food, and when you’re giving your dog table scraps, it can be difficult to gauge the amount they are consuming. This is why most vets recommend eliminating table scraps from your dog’s diet altogether.

Chocolate can be potentially lethal to dogs because of substances known a methylxanthines. In chocolate, the most abundant of these are theobromine and caffeine. Humans can easily digest and get rid of methylxanthines, but in dogs, absorption is very slow.  Symptoms of chocolate toxicity include vomiting and diarrhea, panting, excessive thirst and urination, hyperactivity, hyperirritability, abnormal heart rhythm, tremors, seizures, and even death.

Caffeine, aside from being found in chocolate and cocoa, is found in much higher amounts in coffee, tea, colas, and energy drinks.  As mentioned above, caffeine is a methylxanthine that is very difficult for a dog’s body to process. It acts as a stimulant in dogs and can cause increased heart rate, panting, heart arrhythmia, high blood pressure, tremors, and seizures. Be aware of whether your dog can get to your coffee beans in your pantry and make sure they can’t access used ground in the trash. Caffeine is also found in some cold medicines and painkillers as well, so keep these out of reach.

Interestingly, no one knows exactly what substance in grapes and raisins is so toxic to dogs, but just a small amount can make a dog sick and lead to rapid kidney failure. Also of interest is the fact there is significant individual sensitivity to this food.   Some dogs tolerate small doses of the fruit without problems, while others may develop poisoning after consuming just a few grapes or raisins. There is no way to predict which dogs will be more sensitive. Early symptoms include vomiting, lethargy, and possible diarrhea. As kidney failure sets in, look for weakness, loss of appetite, excessive drinking and urination, and abdominal pain. Once the kidneys have shut down and urine output has dropped, your dog may not be able to recover.  If you think your dog has eaten grapes or raisins and he starts showing these symptoms, seek veterinary help immediately.

As with grapes, the substance in macadamia nuts that is toxic to dogs in unknown. But macadamia nuts can cause serious problems for your dog, including vomiting, fever, staggering gait, depression, tremors, and muscle weakness. This muscle weakness is most commonly seen in the hind legs and can result in a complete inability to walk. Symptoms generally appear within 12 hours of ingestion and can last 12-48 hours. Not only are macadamia nuts commonly found in baked goods, but they might also be sprinkled on top of the fish you brought home from the restaurant last night, so think before you share.

Nutmeg contains a substance called myristicin, which is toxic for pets and can even lead to death. Symptoms include disorientation, hallucinations, increased heart rate, and blood pressure, dry mouth, abdominal pain, and seizures. Symptoms can last up to 48 hours.

Most dogs are lactose-intolerant. They do not have significant amounts of the enzyme lactase which breaks down lactose. Lactose is the sugar found in milk and dairy products. Not only can giving your dog foods such as milk or ice cream cause diarrhea and other digestive problems, it can also trigger food allergies. These can lead to itching, rash, and hives.

Raw eggs can contain certain bacteria that lead to food poisoning, such as Salmonella and E. coli. Raw eggs also contain an enzyme called avidin that decreases the absorption of the B vitamin biotin, which causes problems for a dog’s skin and coat.

Like raw eggs, giving your dog raw meat or fish puts them at risk for food poisoning due to Salmonella or E. coli. But some fish, such as salmon, trout, sturgeon, and shad (fish that swim upstream to breed) can also have a parasite that causes “fish disease” or “salmon-poisoning disease.” Fish must be fully cooked in order to kill this parasite. Early symptoms include vomiting, diarrhea, fever (often greater than 104 degrees), weakness, and swollen lymph nodes.  Please note that fish disease is most commonly found in dogs who have ingested these types of raw fish from the Pacific Northwest. Dogs are the only species susceptible to salmon poisoning, which is why cats, raccoons, and bears in the area can eat these same fish without consequence. Symptoms generally begin 6-10 days after ingestion, and diagnosis is made through a fecal sample or a needle sample from a swollen lymph node. If not treated, “fish disease” or “salmon poisoning disease” is usually fatal within two weeks of exposure.

I know a lot of people give their dogs beef and chicken bones.  Some research and thought needs to go into these before feeding either one.  Fat trimmed from meat, cooked and uncooked, can cause pancreatitis in dogs. Cooked bones are more likely to splinter than uncooked bones. If this happens, the shards can cause serious damage to your dog’s mouth, throat, or intestines. They can also be a major choking hazard.

Nuts, including almonds, pecans, and walnuts, contain high amounts of oils and fats that can cause vomiting and diarrhea. This can also lead to pancreatitis in pets.

Just like it rises before baking, yeast dough will continue to rise in your dog’s stomach if she eats it. This can be painful. It causes the stomach to bloat and even twist, leading to a life-threatening emergency.

Salty foods can cause excessive thirst and urination. In more severe cases of salt poisoning (sodium ion poisoning), vomiting, diarrhea, fever, depression, loss of coordination, tremors, seizures, coma, and even death are possible. Aside from table salt, likely sources of salt for your dogs include homemade playdough, rock salt (for de-icers), and seawater.

The biggest problem with avocados is the pit. It is large and not digestible, and it can get stuck in a dog’s digestive tract. If this happens, removal would require surgery, which is definitely not fun for your dog and is almost certainly not fun for your bank account. Avocados contain a substance called persin, and too much of this can cause vomiting and diarrhea in dogs. Avocados also have a very high-fat content, and foods high in fat can wreak havoc on a dogs stomach and lead to pancreatitis.

These so-called stone fruits are dangerous because of their pits, which can get stuck and block a dog’s digestive tract. The pits of these types of fruits, like apple seeds, contain cyanide which is poisonous to your pet as well.

Ultimately, corn-on-the-cob is a choking hazard. We eat the corn and throw the cob in the trash, but your dog doesn’t know to do this. Given the opportunity, dogs will try to consume the whole thing. If they swallow too large a piece of the cob, it can choke them to death, or obstruct their digestive tract, which would require surgery.

If you suspect your dog has eaten any toxic foods, note the amount ingested and contact your veterinarian. You can also contact the ASPCA Animal Control Center at (888)426-4435 or the Pet Poison Helpline at (855)764-7661. Be aware that these telephone hotlines will charge you for the phone consultation. Some people are surprised and appalled by this concept, and some are grateful that this service exists at all and love the convenience. Unlike our 911 emergency system that is funded through the government with our taxes, these pet help lines fund themselves through a fee for each call (generally around $60). I have used them before and was appreciative of their speedy help. 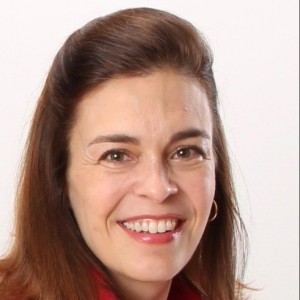